5 Characters that made Archery Famous

Have you ever wanted to learn Archery just so you could be like your favourite movie character? There have been many movies that idolized Archery and made it popular. There are definitely more characters down the list, but here are just a few.

Do you know any of these popular movie characters that use the bow and arrow?

A legend. Robin Hood is a heroic character depicted in many literature and film that stole from the rich and gave it to the poor. He wields the bow and arrow and is highly skilled in archery. You might have heard about his tales when you were younger and learned about his heroic acts. It wouldn’t be surprising if anyone were inspired to take up archery after listening about his stories!

One of the first few superheroes to wield a bow and arrow, many people are inspired by Green Arrow to learn archery. His arrows feature many different customizations, from drill arrows, to even flash bomb arrows! Not only so, Green Arrow was actually inspired by Robin Hood, which makes the story even more interesting. A superhero inspired by a hero. Who wouldn’t want to be as cool as Olivier?

3) Katniss Everdeen (from The Hunger Games)

Did you know that there was a spike in children signing up for archery classes after The Hunger Games was released in the cinemas? This modern heroine kicked butt and survived in an elimination game. The actress who portrayed Katniss, Jennifer Lawrence, trained nearly everyday to hone her archery skills to reach Katniss’ archery level. It is no wonder many girls look up to Katniss as she is strong and fearless

For all Disney lovers out there, Merida from Brave is the first female princess to wield a bow and arrow as her main weapon of choice. She is the true definition of Flower Power as she proves everyone wrong that being a princess does not stop her from being herself with her determination and skills. Definitely one that many girls look up to, Merida might have set a trend among the younger ones to learn Archery as a sport.

Hawkeye was also one of the first few superheroes to wield a bow and arrow. He started out as a villain who was supposed to assassinate Black Widow, but he ended up joining the Avengers and became part of the superhero tag team. There have been mixed reviews about Hawkeye, but one thing is for certain – he is a great archer worthy of inspiring people to pick up the sport.

Do you feel like trying out archery? Why not try out Combat Archery Tag with your friends! You will be pit against each other in combat as you use archery to attack your opponent to emerge victorious. Book now! 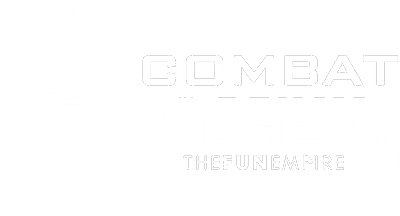